Strict parenting may cause depression

Too demanding parenting can make a child an unhappy teenager and adult – new study by Belgian researchers.

Strict parenting causes changes in the child’s brain that can be “hard-wired” to the DNA.

Parenting matters. Kids who perceive their parents as too demanding have a higher risk of mental problems, including depression, in adolescence and later in life.

This is stated in a new study by Belgian scientists, which they presented in mid-October 2022 at the 35th annual conference of the European College of Neuropsychopharmacology (ECNP) in Vienna. This is the main European organization working in applied neuroscience.

“We discovered that perceived harsh parenting, with physical punishment and psychological manipulation, can introduce an additional set of instructions on how a gene is read to become hard-wired into DNA. We have some indications that these changes themselves can predispose the growing child to depression. This does not happen to the same extent if the children have had a supportive upbringing”.

One of the research’s authors, Dr Evelien Van Assche

23 boys and girls aged 12 to 16 from Belgium were involved in the study at the University of Leuven. They have informed that their parents manipulated them, were harsh and used physical punishment. The researchers compared them to their peers, who reported that their parents were supportive and gave them autonomy. Those who had a strict upbringing were more likely to show early subclinical signs of depression.

Genome mapping showed that the first group had elevated rage of methylation, which is associated with depression.

Usually, methylation is a normal process that occurs in every cell of our body billions of times per second. A small chemical molecule is added to DNA, changing the way the instructions written in a person’s DNA are read. For example, methylation can increase or decrease the amount of an enzyme that a gene produces.

The research was based on a previous study of identical twins, where the changes in DNA were first discovered.

“The DNA remains the same, but these additional chemical groups affect how the instructions from the DNA are read. Those who reported harsher parenting showed a tendency towards depression, and we believe that this tendency has been baked into their DNA through increased variation in methylation.  We are now seeing if we can close the loop by linking it to a later diagnosis of depression and perhaps use this increased methylation variation as a marker, to give advance warning of who might be at greater risk of developing depression as a result of their upbringing”.

One of the research’s authors, Dr Evelien Van Assche

He also added that probably any major stress in childhood can have similar effects on DNA. However, these assumptions need to be confirmed in larger studies.

How to help your daughter go through adolescence safely and happily, you can learn from the author’s course of gynecologist-endocrinologist Natalia Silina for the School of Women’s Health – Growing up together – a girl becomes a woman. 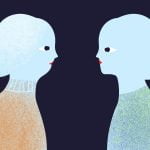 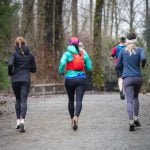